Design (&) Activism: Perspectives on Design as Activism and Activism as Design

Over the past decade design activism has gained much traction (and hype) in design research. Not because design activism should be considered a new phenomenon. Since the birth of modern design, designers have engaged with political matters and questions like How can designers use their practice to protest against social inequalities, exclusion and injustice? Or what kind of social change can be expected when design activists subvert systems of power, capitalist ideologies or unsustainable consumption?

Tom Bieling has edited the new book Design (&) Activism including contributions written by design thinkers and political philosophers, which are valuable for understanding design as a socially engaged and activist practice – and we contributed with a chapter entitled The Impure Politics of Design Activism.

The book has come out as the first in Mimesis International’s series on Design Meanings.

Read more about it here 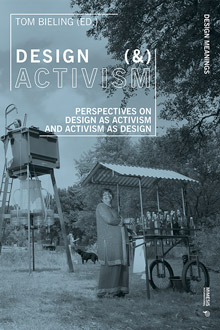